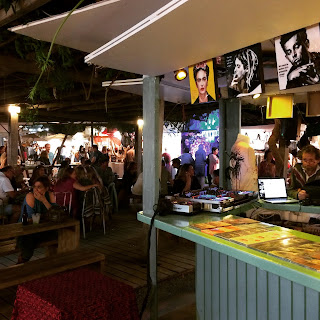 Las Dalias is a must visit place of interest on the White Isle. Located close to San Carlos village towards the northeast of Ibiza is the hippy market that has become a bit of an institution on the island. It may be a bit of a cliche but this is more than just a market, with music, food and drink...it's more a way of life, and offers locals & visitors a chance to meander around the many stalls selling clothes, jewellery, art and general "nick-nacks" to help you celebrate and remember your time in Ibiza. You can also enjoy a massage or experience a Tarot reading

Om Monday 4th June 2018 was the opening of the night market, so, if like me you prefer to be on the beach during the day or sitting in a restaurant enjoying some amazing sea food, then the night market is a great idea, and also Las Dalias by light just feels that much more romantic.

And when you've had enough of walking around the stalls, make your way to one of the bars and enjoy some live music, or grab…
Read more

Reasons To Book Your 2019 Ibiza Villa 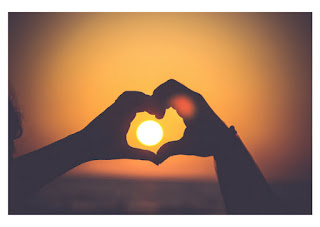 Bookings are already being made for 2019. If you are planning on coming to Ibiza in 2019 here are 5 very good reasons why it’s a great ideal to book early
1.Weddings – if you are planning to get married in Ibiza then of course you need to plan in advance, but also so do your wedding guests. May, June & September are very popular months to get married in Ibiza…and when you are looking for somewhere to stay for family & guests then villas soon get booked up

2.Most villas are available to book now for the same price as 2018. Beat the price increase and book early 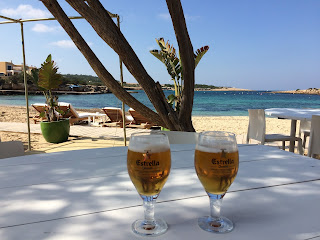 Looking for somewhere relaxed to watch the sunset ? Or looking for a great beach front restaurant in the resort of Port des Torrent. Well Deeva Sunset Beach Site (formally, we believe, the site of Imagine Restaurants Beach Bar).

Salads, sharing plates, beers, cocktails and wines are all on offer – dig your toes in the sand and enjoy the sea & sunset views.
Port des Torrent is located on the west coast of Ibiza between San Antonio Bat & Cala Bassa. Head by car or scooter, or alternatively take the AquaBus ferry from San Antonio, Cala Bassa or Cala Tarida
More information (links to Deeva Sunset Beach Site Facebook page) 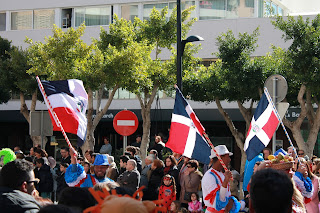 Ibiza in February is when the island starts to spring back to life after, what is normally, am subdued January…but then much of Europe (ski resorts excluded) are pretty subdued in January!
Many restaurants close in January – this is the one chance of the year for the owners to give their staff and themselves a well-earned break after a long hot summer & busy Christmas, so February sees many restaurants re-open.
The weather in February is a mixed bag – you can get some beautiful Spring-like sunny days & beautify sunsets…but Ibiza needs the rain in the winter & it will rain in February...often heavily, but temperatures are, on average. 5 to 10 degrees warmer than you will experience in London, for example. We can pretty much guarantee that you won’t be waking up to mornings of scraping the ice of your car windscreen! Although very rarely Ibiza has experiences snow! albeit for a few hours.
It is not uncommon to find people sitting on the beach in their swimwear in February…y…
Read more

The Best Hotel In Ibiza? 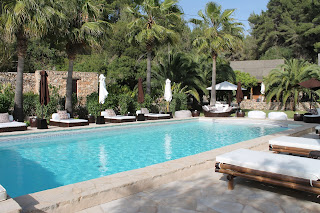 Where is the best place to stay in Ibiza? Which is the best hotel in Ibiza?
These questions are frequently asked to us by our customers, family & friends – not an easy question to answer as “best”  depends on a number of factors including facilities & location and is likely to be quite personal.

For some people a large hotel dripping with services & facilities that you probably won’t use very much may well tick all the boxes (I’ve yet to see a busy hotel gym on my travels, and as for an onsite hairdresser…) but for others spending time close to noisy children (and noisier adults) may not be high on the priority list when thinking about your next Ibiza holiday.

However if you are looking for a small, boutique place to stay then you really should check out the (almost legendary) Finca Can Xuxu. This former family home of the owner is now one of the best kept secrets in Ibiza (as much of a secret you can have these days with Trip Advisor, b…
Read more 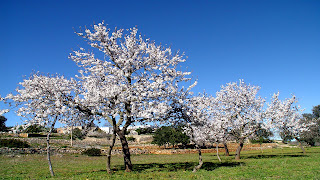 Ibiza in winter is a very different destination compared to Summer; more relaxed and, although we doubt you will be stripping down to your swimming costume (or less). there is still plenty to do..and without the summer crowds
Temperatures, on average, are 10 degrees warmer than in northern Europe so it’s a great opportunity to escape the snow & ice
Restaurants:
There are a number of great beach restaurants that stay open in the winter, including:
Yemanya at Cala Jondal (next to Blue Marlin) open every day http://www.yemanjaibiza.com/ Cotton Beach Club at Cala Tarida – normally open Friday to Sunday http://cottonbeachclub.com/web/ Tanit Beach Club (normally open at weekends)  http://www.tanitbeachibiza.com/home/
Other restaurants that are normally open in the winter include; Cas Costas: http://www.cascostasibiza.com/en/ Can Bass http://canbass.com/ Cas Pages http://caspages.es/ La Paloma  http://palomaibiza.com/ 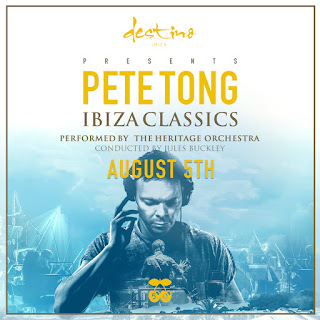 When in 2015 Pete Tong collaborated at the annual “proms at the Royal Albert Hall in London many people thought it was a crazy idea. The proms, a British tradition more commonly associated with the highbrow set was not ready for Ibiza… perish the thought… but what a success...and “such fun” as they may well say in the Kensington borough of London which is home to the Royal Albert Hall – mire used to classic music than Ibiza classics
Forward wind 2 years and Peter tong brings the Heritage Orchestra to Ibiza and will pay tonight (Saturday 5th August) at Destino Pacha Ibiza Resort
The event s to mark 50 years since the opening of Pacha in Ibiza.
For details & tickets: https://ttpc.ticketmaster.es/?operador=DEIB&pventa=2641&pase=145024-1-1-1&idioma=ING